Over time I stumbeled over SEO related Drupal modules from LevelTen Interactive and I tried them. Having all my experiences in mind I came to a very clear conclusion: Forget these modules, don't try to install them if you don't want to waste your time! Why? These modules either 1) promise things they can't deliver 2) don't work at all or work only after the implementation of patches 3) work only partially 4) give wrong results or 5) deliver results which are not needed, because they can be retrieved much easier and better from their source (Google Analytics and Google Adwords).

Drupal SEO Tools
The implementation of this module takes long time as there are a lot of dependencies. After you walked trough the whole process you realise that the dashboard, the essential element of this module is not implemented. Various other functions are not available too (for example the module advertises a wizard which doesn't exist). Partly this project apparently has been moved to the project Intelligence. As one can see from the new issues, responses and open bugs, this module is obviously not actively maintained neither. For details see https://www.drupal.org/node/1410910.

Intelligence
Moving then to intelligence the next disappointment waits. Intelligence doesn't integrate various SEO modules as advertised in Drupal SEO Tools but basically only displays the content from Google Analytics. Thus you apparently better stick with the original. Intelligence requires jquery update 1.5 or higher to work properly. Unfortunately this is not described as requirement but only as recommendation.

Content Analysis
This module integrates different kinds of modules into one interface. But all the modules it integrates are either not available for Drupal 7 (W3C Analyzer and Scribe SEO) or don't work properly (see below).

Content Optimizer (SEO quick)
The counts of body and/or title are not working properly. After the installation of a patch it works on some pages while it still doesn't on others (for details see https://www.drupal.org/node/1069204). On some environments you get an error while analysing nodes (for details see https://www.drupal.org/node/1416364). Furthermore it includes functions such as „meta keywords“ that are absolutely irrelevant in today’s SEO. Doesn't integrate properly with the module insight as the result is only shown when analysing a node individually, but not when analysing in bulk.

Readability Analyzer
Doesn't integrate properly with the module insight as the result is only shown when analysing a node individually, but not when analysing in bulk.

Insight
Doesn't integrate the modules from where it extracts the data. Results are only shown when analysing a node individually, but not when analysing them in bulk (see modules above). The announced further development apparently never took place. Around 3 years ago the maintainer wrote: "This module is under development. The current release contains the content reports management system. It acts as the reports manager for Drupal SEO Tools. Additional features will be added over the next several months."

Keyword Research
Takes the data from modules that are either not available in Drupal 7 (Scribe SEO Analyzer), that are not anymore supported by the 3rd party to import data (Wordstream ) or where the promised free demo key is not available (Wordtracker, see http://getlevelten.com/user/0/l10seoapi). What is left is the manual data import from Google. Also here, better stick with the original.

Keyword Analysis
As a result of the above (see module Keyword Research) this module can't be used. For details see https://www.drupal.org/node/1917516

Conclusion: Some of the ideas were probably good, but all these modules just waste your time. The module sites on drupal.org look professional but they not at all deliver what they promise. This is also valid for the various screencasts which often show functionality that doesn't exists. Furthermore all these modules have a very poor response rate of 0% and a number of open bugs that is going in one direction only: upwards. Drupal.org defines "actively mainained" as "All issues on this project should receive timely attention from project maintainers (or other community members)." As it seems to me, these modules are rather "Unsupported". Maybe it would be better for LevelTen Interactive to remove these modules with all its back-links to their homepage, Facebook and Twitter accounts. What probably has been meant as a marketing (or backlink) campaign on drupal.org ** probably just works in the other way round: It shows that LevelTen Interactive is highly unprofessional!

** "This module is sponsored and developed by LevelTen Interactive. LevelTen is a full service interactive agency focused on building online brands by integrating digital strategy, Drupal development and internet marketing. Feel free to connect with us on Twitter and Facebook. If you would like to learn how to build smarter marketing websites with Drupal, checkout the Drupal Site Success!" 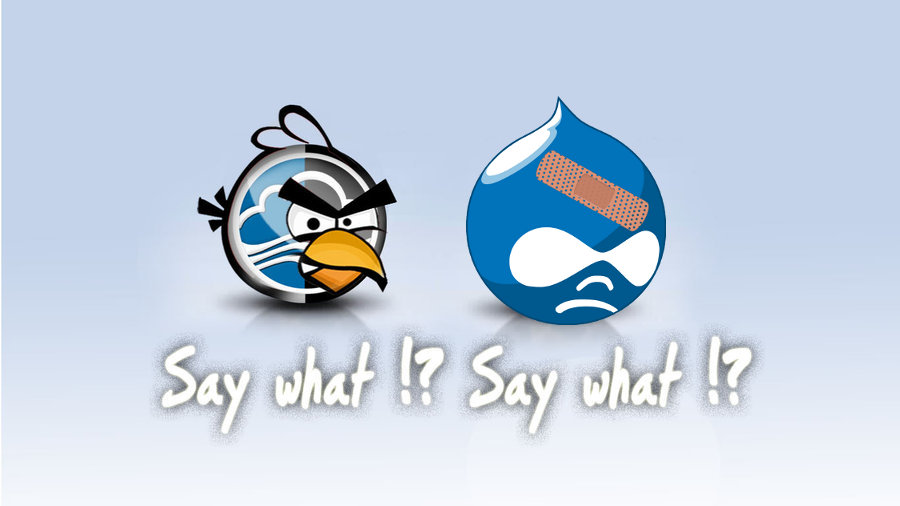 Get in touch for questions and our Drupal development, design and SEO services.

We aim to reply the latest within 48h.